Islamic Civilization and its effect on Modern Science

The one who contemplates the reason modern science and technology have taken giant steps and advanced to the present state would certainly agree that it is due to Islamic civilization which transmitted and introduced vast amounts of knowledge and produced many scholars.

C.H. Haskins said: ‘The broad fact remains that the Arabs of Spain were the principal source of the new learning for Western Europe.’

They are the ones who placed the fundamentals from which modern civilization advanced. Whoever reviews the ‘Dictionary of Technical Terms for Aerospace’ would certainly conclude that sixty percent of the known stars are given names that are derived from Arabic.

The Islamic civilization and the books and works of early Muslim scholars were the main resource texts which the West benefited from, especially the Europeans who used these works during the Renaissance period. Many of these texts were used in European universities.

Marquis of Dufferin and Ava said:

‘It is to Mussulman science, to Mussulman art, and to Mussulman literature that Europe has been in a great measure indebted for its extrication from the darkness of the Middle Ages.’

Scientific knowledge that originated in India, China and the Hellenistic world was sought out by the Islamic civilization and Muslim scholars and then translated, refined, synthesized and augmented at different centers of learning in the Islamic world from where the knowledge spread to Western Europe. (History of Medicine, Arab roots of European Medicine, David W. Tschanz, MSPH, PhD. Also see: http://www.hmc.org.qa/hmc/heartviews/H-V-v4%20N2/9.htm ) 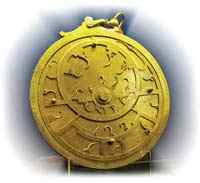 The Astrolabe: An important device invented by Muslims for navigation. The points of the curved spikes on the front rete plate, mark the positions of the brightest stars. The name of each star being labeled at the base of each spike. The back plate, or mater is engraved with projected coordinate lines (From the Whipple Museum of the History of Science in Cambridge)

In the fifth and sixth centuries, the civilized world stood on the verge of a chaos. The old emotional cultures that had made civilization possible, since they had given to men a sense of unity and of reverence for their rulers, had broken down and nothing had been found adequate to take their place. It seemed then the great civilization which it had taken four thousand years to construct was on the verge of disintegration, and that mankind was likely to return to that condition of barbarism where every tribe and sect was against the next, and law and order was unknown. The old tribal sanctions had lost their power. The new sanctions created by Christianity were working division and destruction instead of unity and order. It was a time fraught with tragedy. Civilization, like a gigantic tree whose foliage had overarched the world and whose branches had borne the golden fruits of art and science and literature, stood tottering rotted to the core. Was there any emotional culture that could be brought in to gather mankind once more into unity and to save civilization? It was among these people that the man (Muhammad) was born who was to unite the whole known world of the east and south.” 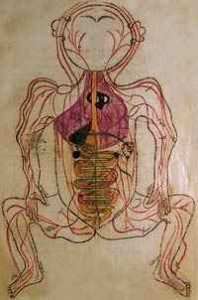 Blood circulation and the inner organs of the human body; an image taken from a book of an ancient Muslim doctor

Muslims had advanced in all technical, scientific and intellectual fields. Here we will mention a few of the outstanding scholars in various fields.

He was the greatest intellectual known to man.”

As Muslims, we say that the greatest intellectual known to man is Prophet Muhammad.

In the field of medicine and pharmacy, Muslim scholars left behind a wealth of knowledge in their works, which were used to advance modern day medicine. Among these scholars were: 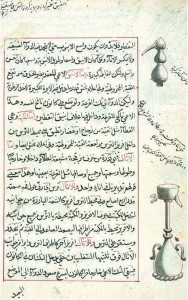 In the field of geography and geology many notable scholars can be mentioned, among whom are:

“Do not we, who now consider ourselves on the topmost pinnacle ever reached by culture and civilization, recognize that, had it not been for the high culture, the civilization and intellectual, as the social splendors of the Arabs and soundness of their system, Europe would to this day have remained sunk in the darkness of ignorance?” 11

The Virtues of Islamic Civilization 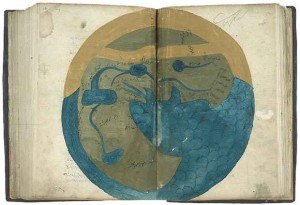